How did Politics Become Only About Incantations? 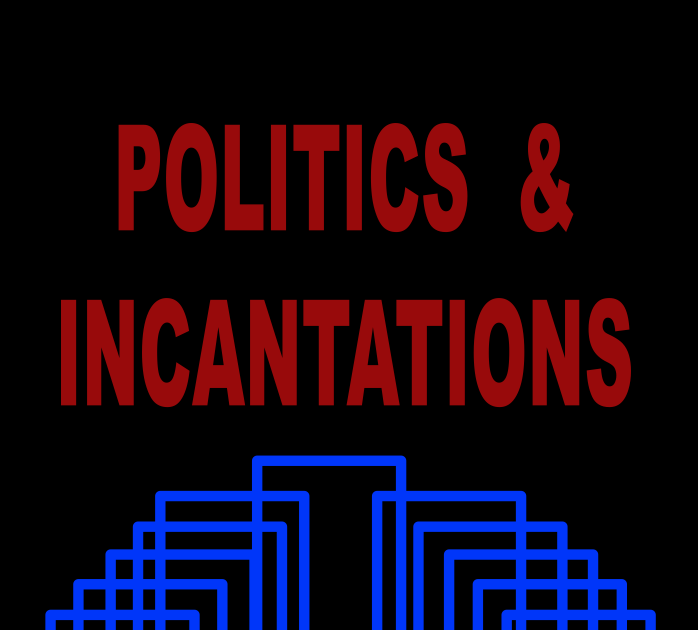 While degree and severity differ from far-left to the entire-right, so much of today’s politics is all about symbolism that it’s hard to recall, sometimes, our heritage as pragmatic, scientific civilization bent on fact-driven self improvement and reform.

Some of these symbol battles are long-overdue, like tearing down Confederate monuments-to-utter-treason that were imposed on us by the 1920s KKK. I’m less convinced by the some of the more extreme ‘trigger warnings’ that give Tucker-Inane-hannity nightly grist, but clearly some linguistic adaptations are certainly timely and worth negotiating.

It’s far worse, of course, on today’s entire-right, where almost every single issue is symbolic. Seriously, name an exception, from “wearing a mask turns you into a slave” to excusing 35,000 registered Trumpian lies because “at least they owned the libs,” all the way to an obsession over the naming of naval warships.

Again, please chime in with even one Foxite ‘issue’ that’s not fundamentally more symbolic – or based on utterly disproved mantras like Supply Side – than about practical solutions,

Oh, sure, a clear majority of Americans – and Canadians and many others in the Enlightenment Experiment nations – are still capable of negotiation, seeking practical solutions and adapting their tactics to changing conditions and new arguments. In fact, most ‘leftist’ politicians – like AOC, Bernie, Liz, Stacey etc. – seem deeply committed to maintaining a practical coalition.Having learned from disasters in 80, 88, 94, 2000, 2010 and 2016, they dicker hard with Biden/Pelosi, then back them up to the hilt.

So, why is it so hard for that pragmatic majority to get things done?

Alas, romantic symbolism junkies on the far-left and entire-right have been incited into roars of rage that give them inherent advantages in elections, especially when cheats like gerrymandering ensure many districts are dominated by the enflamed.

You might drop in on an interesting podcast interview of Steven Pinker along with the “worst American,” George F. Will. Both brilliant fellows make interesting points.

G. F. Will smoothly and articulately foists desperate incantations to support the notion that he did not spend his entire adult life serving as a court apologia-issuer for crushing the Enlightenment under restored feudalism. His verbal agility is always awesome to behold, as is his despicable rationalization.

Pinker ably communicates how special our Enlightenment is – one of just a few such experiments ever tried, now under siege by a worldwide oligarchic cabal.

Alas, when he lists enlightenment’s failed adversaries, Pinker mysteriously ignores the one and only form of ‘government’ that dominated 99% of our ancestors across 6000 years… oligarchic feudal lordship. (“Despotism” does not cover it; in people’s minds they envision garish Orwellian standouts like Stalin or Hitler, and not the vast sweep of normal feudal governance, from Gilgamesh to Louis XIV to Lord Fahrquar.) Which is puzzling, since just saying the “f-word” allows perfect refutation to Will’s claim that he and fellow conservatives are ‘classic liberals.’

Liberalism might best be defined as removing the impediments to individuals competing or cooperating fairly, free of cheating by those with unfair advantages or power, impeded only by three things:

– the balanced rights of others

– the blatant common good, and

– accountability to the future.

Those things can be and have been redefined by each generation, especially as we expanded our definitions of inclusion – who gets to stand and speak freely in the assembly or forum – broadening that sovereignty from feudalism’s 0.001% to the 20% of Pericles and Jefferson…

… then to the 35% of Jackson and then Lincoln’s emancipation of ownership over one’s own body… followed by suffrage, civil rights and today’s empowerment of so many smaller, long-oppressed castes. That expansion of inclusion and citizenship – the Great American Project – has been a grinding, too-slow process!

But in no other society has it proceeded as quickly or with such inexorable force. And no definition of ‘liberalism’ that excludes such vital work is anything but lying hypocrisy.

It is in such a context of 6000 years – and even the Fermi Paradox – that brilliant defenders of enlightenment, like Steven Pinker, fail to make the issues truly clear, alas. Indeed, do you see anyone out there trying to set our current dilemmas in the context of millennia?

As for George F. Will’s endless incantatory efforts to rationalize that today’s conservatism is somehow “liberal,” in anything like those terms – or his ongoing calumny that openly accountable civil servants are anywhere near the threat to liberal enlightenment posed by a cartel of boyars, murder sheiks, mafiosi, casino moguls, both open and “ex” commissars and inheritance brats – well, that would be hilarious…

…if it weren’t cosmically traitorous to everything he claims to believe in. Everything that gave him… everything.

And hence why this supernova of ingratitude and sellout rationalization is the very Worst American.

== Hammer this! Keynesian stimulus works and Supply Side does not. Wager it! ==

Hand-wringing over inflation can’t mask what the few residually sane conservatives can see plainly, that Demand-Side works and Supply Side is an utter failure.

Both parties have “stimulated the economy” to the tune of about $10 trillions, across the last half century, with starkly different outcomes. GOP Supply Side “stimulus” (gushers of largesse into the open maws of the rentier-caste) never once had remotely the predicted benefits.

In contrast, responsibly executed Demand Side Keynesian interventions – of roughly the same size – have had palpable effects upon the economy, in predicted directions.

Money velocity, employment, inflation, consumer spending AND savings, plus investment in production and R&D have all responded in the intended directions.

Let me reiterate that last point to you conservatives. Now, at last, manufacturing businesses are again pouring investment into productive capacity! Which SS was supposed to get them doing… and never did.

Demand side isn’t all honey! Deficits do rise, though generally so do tax revenues. California is pouring cash again into the state’s Rainy Day Fund and will send rebates to taxpayers again, soon.

Is it possible for Keyensian stimulus to overshoot? Sure! The left-fringe incantations called “MMT” constitute an insane cult, though so far also a marginal one without power. Yes, if MMT’s Frankenstein version of Keynesianism ever took hold, I’d expect overshoot. But unlike the GOP, liberals are not dominated by their nutty fringe. (See the first part of this missive, about the only clade of pragmatists that remain in US political life.)

Still, let’s reiterate. Keynesianism simply works, especially when managed by rational folks like Jerry Brown, Bill Clinton, and Gavin Newsom, ALL of whom used surpluses and good times to pay down debt.

In contrast, the Supply Side cult* never had a single positive outcome of any kind.

Not one predicted benefit ever happened. Ever and at all. Even once. (As Adam Smith himself clearly predicted, the rich generally do NOT act the way SS-cultists said they will.)  I have put up standing wager offers on that for years now and SS apologists always run away or change the subject. They know their cult incantations are wearing thin.

And yes, I also offer wager stakes over which party is more ‘fiscally responsible.’

The crux: No Republican is in any position to gripe about red ink. For any member of that party of symbol-obsessed, incantation chanting wastrels to lecture us – ever – about fiscal responsibility or debt – in any way – is the most outrageous hypocrisy…

… one almost as stunning as liberals’ inability ever to point that out.

* Stop calling it “trickle down”!  I know that sounds oh-so clever to you. But that is YOUR side’s term and they just shrug it off, ascribing it to ‘jealousy.”

Go to their terminology and demand direct wagers whether Supply Side ever delivered on its promised benefits – after $10 trillions in red ink – on a single promised outcome!